The Psychology Behind Soul Explained 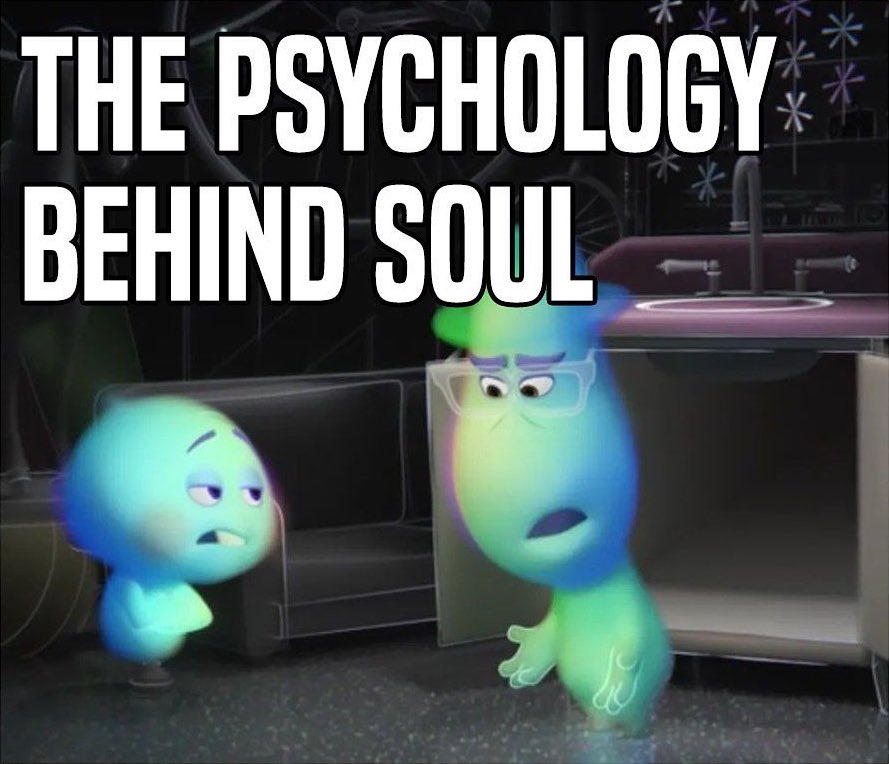 Soul utilizes a “Want vs. Need” structure wherein the conflict lies in the internal struggle of what the protagonist wants and what he actually needs.

At the beginning of the film, we are introduced to Joe Gardner (voiced by Jamie Foxx), an aspiring Jazz musician working as middle-school music teacher. What he truly desires is to perform live in a band. He constantly reiterates how Jazz is his life, his dream and his one reason for living. He almost gets what he wants when he’s offered the opportunity to perform with Dorothea Williams. Unfortunately his dream hits a snag when he accidentally falls into a manhole and dies. Thus begin his life-changing journey. He meets 22, a cynical new soul (voiced by Tina Fey) at the Great Before — aka You Seminar (they are rebranding ) — and they both find a way to get Joe back in his body and into The Half Note club just in time to perform. Throughout this act, we, the audience are rooting for Joe. We want him to succeed because the idea of following one’s dream or ambition is a popular and widely accepted notion in society. Most typical inspiring stories often includes an encouraging message to chase our dreams. We believe that achieving them leads to happiness, fulfilment and success. So, when Joe finally makes it to his debut performance, there’s a momentary sense of victory.

According to an article by Narrative First, in this part of the narrative strucutre, “The Hero … discovers that what he wants doesn’t match up with what he needs. He ditches his original motivation for this new one, and marches into the 3rd act with a new purpose.” In Soul, the story takes a turn when Joe is given exactly what he wants — to perform with Dorothea. Though it was an enjoyable and succesful performance, Joe finds him self feeling empty and unfulfilled by the end of the night. Defying his expectations, he falls back into the same everyday routine, taking the train back home as though nothing special happened. This moment of disappointment forces Joe to reflect, in which he realizes what he actually needs — to enjoy life and live instead of only focusing on his ambitions. His spark in life comes from being excited by living and appreciating the everyday things and his relationship with his family and friend. Dumbledore once said, “It does not do to dwell on dreams and forget to live” which perfectly summarises the film’s message. Equipped his newfound realisation, Joe’s motivation changes in the final act to trying to help 22 start her new life.

The film debunks the misconceived notion that we are all driven by a purpose in life and that our life revolves around our passions. Joe’s biggest flaw is his obsession with his ambition. While in his body, 22 gets a glimpse into his head and she remarks, “Oh there’s not much here. Jazz, jazz, more Jazz.” This has caused him to be self-centered and ignorant. For instance, he didn’t help 22 find her spark like he promised. He only wanted to get back in his body in time to perform. When 22 is on the verge of finding her spark, Joe takes credit for it, “22, you’re only loving this stuff because you’re in my body.” And when 22 gets her earth pass, Joe takes the credit again. “I’ll tell you what filled it in. I did!”

While at the barbershop, 22 raises an important question: “They say you’re born to do something, but how do you figure out what that thing is? I mean, what if you pick up the wrong thing? Or somebody else’s thing, you know?”

Joe’s journey is also about embracing the unexpected and changes. Originally, he believed that his purpose in life was becoming a Jazz pianist. Yet he found that unfulfilling. But perhaps a more fulfilling purpose for Joe is being a mentor to others. From our first glimpse of Joe, he is already identified as a teacher and a good one. Eventhough his students were playing discordantly and weren’t talented. He perseveres and inspires them. He inspired Curley and Connie, both of whom are his students. Even Dorothea gives him the nickname “Teach” marking his identity. His most significant role is being a mentor to 22.

22 faces an existential crisis that many have questioned. What are we meant to do? What’s the purpose of living?

Recently, Pixar and Disney have incorporated a diverse ethnic communities into their storytelling. In Soul, African American culture is represented, particular Jazz music. Apart from representing the African amercan culture. Jazz Is also used as a metaphor for Carpe Diem.

Sigmund Freud’s personality theory states that the human psyche is structured into three parts: Id, Superego and Ego. These concepts develop at different stages in our lives, and Soul illustrates this through different scenes:

The Id is the part of the mind that responds to basic urges, needs and desires. The new souls from the Great Before (aka You Seminar) symbolizes the Id of a person. For instance, while 22 is in Joe’s physical body, she acts directly upon her own desires. At Dez’s barbershop, she asks for a lollipop despite the bowl being labelled as “Kids Only”. Another example of her acting on her instinctive urges is when she lies down on the gutter as the wind blows from under her. Her actions are instinctive, and she has little regard for whether its publicly appropriate or not.

The Ego operates as the moral conscience of the Id. It is often influenced by the external world. When 22 repeats what Joe honest criticisms about his mom, that being she doesn’t understand him, Joe’s superego tells him that he should try to stop her as it would be rude and disrespectful to speak bluntly to his mother.

The Superego incorporates the values and morals of society which are learned from others. Superego is illustrated through the mentors’ soul.